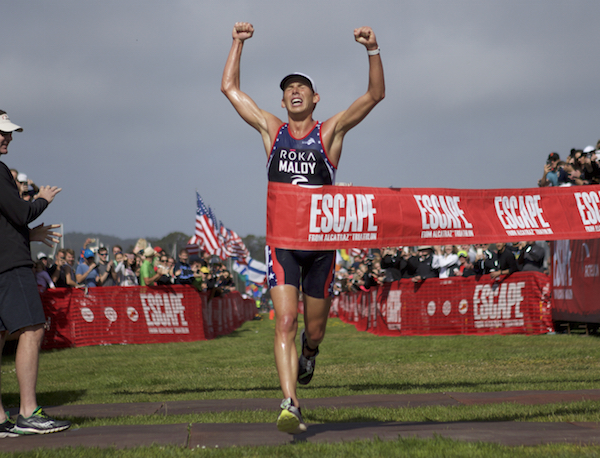 DELRAY BEACH, FL – June 14, 2016 – The professional athletes represented by fortyninegroup had an outstanding weekend of racing, with Joe Maloy, 2016 USA Triathlon Olympic Team member, winning the Escape from Alcatraz Triathlon. He was second out of the water, then took the lead in the final mile of the run, producing the best run split of the day by over two minutes. With this victory, Maloy maintains his winning streak in non-drafting races since October 2013. Lauren Goss, 6-time overall event winner and 8-time podium finisher in 2015, was 5th.

At IRONMAN 70.3 Boulder, Jeanni Seymour raced to a 2nd place finish, just 17 seconds behind the winner, Ellie Salthouse. Two-time Collegiate National Champion, Rudy von Berg, at only 22 years of age, finished 4th, after holding second place through more than half of the run. Justin Metzler, 2014 USA Triathlon Pro Rookie of the Year, was 19th.

John Jones, fortyninegroup’s CEO said, “Every day we work in this sport, we feel truly fortunate to represent these incredible athletes, and further, to work with their partners to showcase their respective brands. Congratulations to all our athletes on their exceptional performances this past weekend. We look forward to the second half of the 2016 season, which will see our athletes at the Summer Olympics, the IRONMAN World Championship, and other major triathlons around the world.”

Other fortyninegroup athletes include third-place Kona IRONMAN World Championship finisher, Timothy O’Donnell, whose next race is the IRONMAN European Championship in Frankfurt July 3; Drew Scott, 2012 USA Triathlon Amateur Athlete of the Year, who will race IRONMAN 70.3 Racine July 17; and Summer Cook, winner of the Chengdu ITU World Cup earlier this year, who will compete at the Tiszaujvaros ITU Triathlon World Cup, also on July 17.