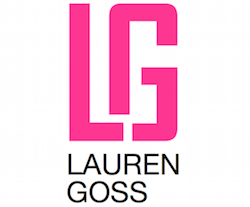 Complementing her impressive list of victories in 2015, Goss finished second at Escape from Alcatraz and the New York City Triathlon, for a total of eight podium finishes in nine races.

While Goss is known for her strength in all three disciplines, she closes with a swift run, recording the fastest pro women’s run four times this season. At Challenge San Gil, a division-best swim, bike, and run led to a new course record of 4:14:38.

As the 2010 Collegiate National Champion and 2010 USAT Under-23 Athlete of the Year, Lauren Goss has had a steady ascension through the sport. She looks to continue that in 2016 where she will focus on 70.3 distance triathlons.

Summarizing her incredible year, Goss shares, “As I reflect on this season I think back to the luck and opportunities I had that made 2015 possible. This season means so much more because of the challenges I went though in order to get to this point. Results don’t just come. It has taken patience, humility, luck, opportunity, dedication, hard work, and the support of others including my family, friends, and incredible sponsor partners.”

Lauren Goss grew up as a swimmer. She attended Clemson University (BS in Biological Sciences, 2010), and during that time did her first triathlon in July of 2009. Less than a year later, she earned her pro license in March of 2010 at the Collegiate National Championships and was named the 2010 Under-23 Athlete of the Year by USA Triathlon. She immediately began earning wins at 5150, Rev3, and IRONMAN 70.3 races. Lauren has appeared on the cover of Triathlete magazine and topped the Best of 2014 Run photos at Slowtwitch. Lauren’s 2015 wins include IRONMAN 70.3 St. Croix, Challenge San Gil, IRONMAN 70.3 Ecuador, the Beijing International Triathlon, and Challenge Florida. She trains in Boulder, Colorado, with Simon Lessing of Boulder Coaching. She is sponsored by Trek, Bontrager, TYR, Hoka One One, SRM, First Endurance, Smith Optics, Beet Performer, Bontrager, ISM, Garmin, SaltStick, and Boulder Bicycle Works. For sponsorship opportunities with Lauren contact john@fortyninegroup.com. Learn more about Lauren at laurengoss.com, her Facebook page, on Twitter at @lauren_goss, or instagram at LaurenGoss.