Pensacola, FL – July 20, 2015 – MULTISPORT PERFORMANCE INSTITUTE (MPI) is pleased to announce that paratriathlete and marathon champion Krige Schabort is the winner of the 2015 ESPY Award for the Best Male Athlete with a Disability. 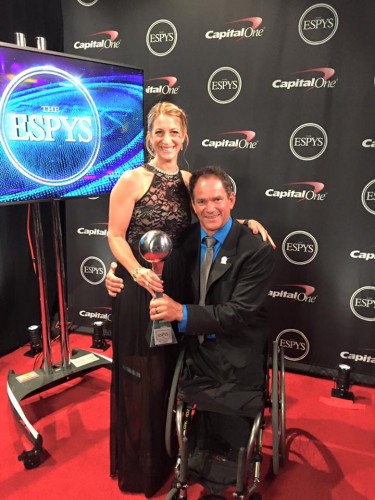 Among Schabort’s highlights from an outstanding racing career that began in 1988 are: gold medalist at the ITU World Paratriathlon Championship in Edmonton, Canada in 2014, first place and course record at the 2010 and 2011 Kona Ironman World Championships and multiple marathon wins including nine at the Honolulu Marathon. He has multiple second place finishes at the Boston Marathon and is a five-time paralympian. 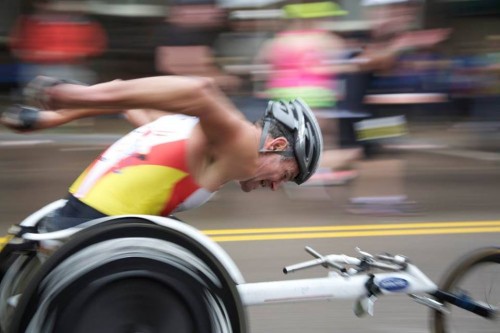 Schabort grew up in Cape Town South Africa and while serving in the army, lost both legs in a bombing, yet defied the odds of survival. After that he turned to swimming, wheelchair racing and then triathlon. He moved to the US in 1997, became a citizen and now lives in Rome, Georgia with his wife and three children.

Next up on Schabort’s racing calendar is the ITU Paralympic Triathlon test event in Rio de Janeiro, Brazil in early August and then the 2015 ITU World Paratriathlon Championship in Chicago, Illinois on September 18.

Multisport athletes and paratriathletes can find out more about Multisport Performance Institute at TeamMPI.com where they can sign up for coaching programs, services, camps and clinics, and Team MPI’s e-mail newsletter. Triathletes can also Follow Team MPI (@TeamMPI) on Twitter or Like Team MPI’s Facebook page.