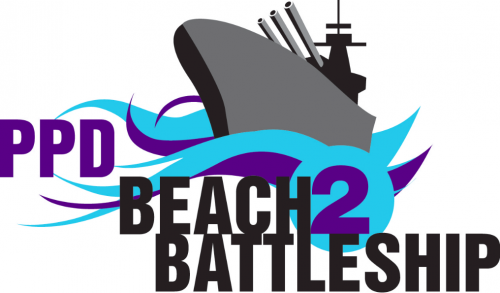 PPD Heroes, everyday people who overcame illness with medical treatments developed through clinical research, raise awareness about the importance of increasing participation in clinical trials, which are integral to developing next-generation medicines. PPD Heroes will share their inspirational stories at the PPD Hero Awards, an invitation-only celebration at the company’s world headquarters in Wilmington on Oct. 24, a day before competing in the triathlon.

The 2014 team of PPD Heroes features:

PPD is celebrating its fifth year as title sponsor of the PPD Beach2Battleship Triathlon, which has been ranked among the top five triathlons in the world by readers of Triathlete magazine. The race starts in Wrightsville Beach, winds through New Hanover, Pender, Sampson and Bladen counties and ends in downtown Wilmington. The full iron distance triathlon includes a 2.4-mile swim, a 112-mile bike ride and a 26.2-mile run. The event also offers a half iron distance triathlon course.

The PPD Beach2Battleship Triathlon last month announced the addition of the New Hanover Regional Medical Center (NHRMC) 5K to the lineup of race weekend events, providing an expanded opportunity for participation. The NHRMC 5K will be held the morning of the triathlon, starting at 9 a.m. at Legion Stadium, running along the streets of Greenfield Lake and downtown Wilmington, and ending at the PPD Beach2Battleship Triathlon finish line on Water Street.

PPD is a leading global contract research organization providing drug discovery, development, lifecycle management and laboratory services. Our clients and partners include pharmaceutical, biotechnology, medical device, academic and government organizations. With offices in 46 countries and approximately 13,000 professionals worldwide, PPD applies innovative technologies, therapeutic expertise and a commitment to quality to help clients and partners accelerate the delivery of safe and effective therapeutics and maximize the returns on their R&D investments. For more information, visit www.ppdi.com.

Except for historical information, all of the statements, expectations and assumptions, including statements, expectations and assumptions about the PPD Beach2Battleship Triathlon, contained in this news release are forward-looking statements that involve a number of risks and uncertainties. Although PPD attempts to be accurate in making these forward-looking statements, it is possible that future circumstances might differ from the assumptions on which such statements are based and could cause actual results to differ materially from the forward-looking statements. Other important factors that could cause future results to differ materially include the following: the ability to attract, integrate, retain and train key personnel; competition in the outsourcing industry; PPD’s ability to win new business; the ability to control SG&A spending; overall global economic conditions; economic conditions, research and development spending, and outsourcing trends in the pharmaceutical, biotechnology and government-sponsored research sectors; loss, delay or modification of large contracts; higher-than-expected cancellation rates; the rate of conversion of backlog into revenue; risks associated with acquisitions and investments; rapid technological advances that make our services or capabilities less competitive; compliance with drug development regulations; changes in the regulation of the drug development process; consolidation in the pharmaceutical and biotechnology industries; risks associated with and dependence on strategic relationships; and actual operating performance. PPD assumes no obligation and expressly disclaims any duty to update these forward-looking statements in the future, except as required by applicable law. These forward-looking statements should not be relied upon as representing PPD’s estimates or views as of any date subsequent to the date hereof.