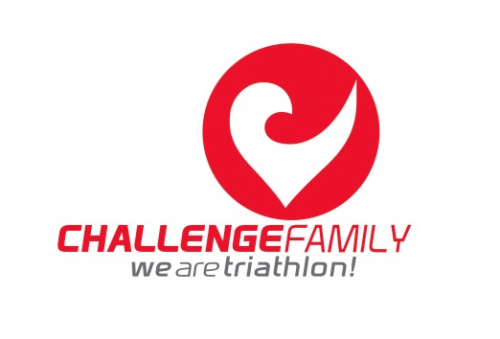 Challenge Family announced today that two-time World Champion, Mirinda Carfrae and Ironman Brazil Champion, Timothy O’Donnell will take part in two of their upcoming Challenge North American events. Carfrae, who won the World Championships in Hawaii for the second time in October, will race both Challenge Atlantic City and Challenge St Andrews in 2014. The Kona course record holder, who is originally from Australia, recently married fellow pro triathlete, Timothy O’Donnell, the top American finisher in Hawaii last year. O’Donnell, who also finished fifth overall in Hawaii and is considered one of the top long course triathletes in the world, will also be taking part in these Challenge Family races.

Challenge Family is a global series of 25 long course triathlons held in iconic destinations around the world. The series expanded into North America in 2013 with Canada’s Challenge Penticton. Historic Atlantic City, New Jersey, will hold the first full distance Challenge Family race to be held in the United States, taking place on June 29th. St Andrews, a seaside resort community in the Canadian Maritime Province of New Brunswick, will host a half distance race, and take place one week later on July 6th.

Robert Vigorito of Challenge Atlantic City and Scott Bevington of Challenge St Andrews were both delighted to have the sport’s golden couple racing with them.

“We are absolutely thrilled to have ‘Rinny’ and ‘TO’ taking part in these Challenge events in North America,” said Vigorito. “Together, these are two of the top triathletes in triathlon and we are delighted to have them with us as we debut in Atlantic City and then to race one week later in St. Andrews.”

Regarding the announcement, Carfrae commented, “I can’t wait to experience a new full distance race on the East Coast and welcome Challenge to North America. Both St Andrews and Atlantic City are new travel destinations for me. Although I won’t be going the distance in Atlantic City I’ll participate in the Challenge Aquabike soaking in the fast and flat bike course through vineyards and miles of blueberry fields as well as finishing on the historic boardwalk of Atlantic City. This format will allow me to cheer athletes on the run and the finish line. I’ll be racing the following weekend at Challenge St Andrews and looking forward to enjoying the hospitality and charm of this quaint seaside village located on the southern tip of New Brunswick.”

O’Donnell echoed Carfrae’s enthusiasm. “I’m excited to be on the starting line for both new Challenge Family events this summer. The venues of Atlantic City, NJ and St. Andrews, NB look like ideal race destinations. I’m honored to be racing in Atlantic City as part of a relay team, and then going for the win the following weekend in picturesque New Brunswick, Canada. With Challenge’s superb reputation for a great race experience, I know these inaugural events will be memorable for all the participants and their families!”

Along with taking part in the competitions, both athletes will be involved in a variety of activities during the race week. Both Challenge Atlantic City and Challenge St. Andrews will feature many activities for all members of the family, along with unique race expos leading up to the races.

The Challenge Family series of triathlons features 25 full and half distance races around the world, including the world’s largest long distance triathlon – Challenge Roth in Germany. The birthplace of the Challenge Family, Challenge Roth now features over 5,500 athletes and 220,000 spectators and home to both world records held by Andreas Raelert (GER) and Chrissie Wellington (GBR). Since 2002, races throughout Europe, UK, Australasia, Asia and North America have joined Roth. Together they provide athletes with a new experience of long distance racing with a strong focus on athlete and spectator experience, giving back to the community while respecting the legacy of sport and being committed to its continued growth. For further information on Challenge Family visit www.challenge-family.com.