SET UP EVENTS ANNOUNCES THE DEBUT OF THE GEORGIA TRIATHLON SERIES 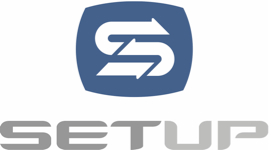 Wilmington, NC– November 30, 2011 – Set Up Events, one of the nation’s largest triathlon production companies, announced today the launch of the Georgia Triathlon Series (GTS), comprised of events ranging from Sprint and Olympic distances to a Half Iron distance event throughout the state of Georgia. Registration for most of the 2012 Georgia Triathlon Series events will open December 13, 2011.

“Following the successful rollout of our Maryland Triathlon Series this year, we’re excited to be launching the Georgia Triathlon Series in 2012,” said Bill Scott, Founder and CEO of Set Up Events. “From our start with a single race in 1994, Set Up Events continues to experience year-over-year expansion, consistent with the extraordinary growth of triathlon.”

The Georgia Triathlon Series is made up of 11 events offering a variety of race distances and challenge levels for novice and experienced triathletes. Given the diverse geography available in Georgia, triathletes can anticipate races in both flat and fast ocean locations as well as challenging courses associated with the northern hills and lake area. Highlighted events in the Georgia Triathlon Series include:

Nestled in the hills of Northern Georgia, this half iron distance event will take place at scenic Carters Lake. The bike course winds through country roads featuring a challenging climb midway through the bike, in which special awards will be given to the King and Queen of the Mountain.

The Turtle Crawl events will take place on picturesque Jekyll Island. The fast ocean swim, and flat bike and run courses attract all levels of athletes. Turtle Crawl Events correspond with the release of sea turtles which have been rehabilitated from prior injury, and has a long-standing tradition of fun and excitement for the entire family.

In addition to the Georgia Triathlon Series, Set Up Events produces and manages 5 other triathlon series, totaling more than 140 events throughout 8 states in the mid-Atlantic region. Individual events in each series count toward overall series standings. To review the entire Set Up Events 2012 season schedule, visit www.SetUpEvents.com Event registration is currently open for the North Carolina, South Carolina, Virginia, and Maryland series. Registration for the Georgia Triathlon Series opens on December 13, 2011.